Rome, 17 November 2017 – The Sovereign Order of Malta’s Lieutenant of the Grand Master Fra’ Giacomo Dalla Torre received the President of Austria Alexander Van der Bellen today in the Magistral Villa, Rome. The talks focussed on the excellent relations between the Austrian Republic and the Sovereign Order of Malta, based on a partnership of over two and a half centuries.  Discussed in a climate of great cordiality were the Order of Malta’s many medical and social programmes in Austria, ranging from assistance for terminally ill children – and their families – for the disabled and the elderly, to migrant and refugees as well as first-aid services.

The refugee and migrant problem in particular was on the agenda, as the Order of Malta runs numerous projects to provide rescue and assistance in both the crisis areas and in the countries of transit and arrival.  The Lieutenant of the Grand Master also pointed out the migrant integration projects in countries of transit and arrival. The Order’s efforts to strengthen cooperation between faith-based organizations engaged in humanitarian aid were also stressed.

“I was very impressed by your presentation of the Order’s international activities, ranging from humanitarian aid to very specific projects in the medical and social fields in so many countries,” the Austrian President Alexander Van der Bellen said. “The Order always focuses on individuals and their needs. Considering the many conflicts and crises in the world today, Austria fully agrees with the Order of Malta that we must find new and effective humanitarian aid models,” the president concluded.

The cooperation agreement signed in 2006 between the Order of Malta and the Austrian Foreign Ministry is still active today, proving their solid relations.  It involves the funding of some international activities, and in particular the Holy Family Hospital in Bethlehem, Palestine, where some 80 thousand children have been born since 1990. The facility, managed by the Order of Malta, is the only one in the region to offer neonatal intensive care.

President Alexander Van der Bellen’s official visit to the Order of Malta today is the first since he was elected in January 2017.  Nonetheless, many other visits have been made and received, the latest by a delegation of the Sovereign Order of Malta to Vienna in 2016.

The Sovereign Military Hospitaller Order of St. John of Jerusalem, of Rhodes and of Malta, founded in Jerusalem around the year 1048, is a primary subject of international law and a Catholic religious and lay order. The Order’s mission is to bear witness to the faith and assist the poor and sick. Today the Order of Malta is mainly active in health and social care and humanitarian aid, operating in over 120 countries.  Its 13,500 members are supported by 80,000 volunteers, with another 42,000 doctors, nurses and paramedics. The Order manages hospitals, healthcare clinics, out-patient units, institutes for the elderly and disabled, terminal patient centres and volunteer corps. Malteser International, the Order of Malta’s special relief agency, is always in the front line in natural disasters and to alleviate the consequences of armed conflicts.  The Order is currently engaged in the countries bordering Syria and Iraq to provide aid for the population fleeing from the violence.  Alongside the Italian units, the Order of Malta’s Italian Rescue Corps participates in first-aid operations for the boats loaded with migrants in the Strait of Sicily.  The Order of Malta is neutral, impartial and apolitical. It has bilateral diplomatic relations with 107 States, official relations with another 6 States, and relations at ambassadorial level with the European Union. It is a Permanent Observer to the United Nations and its specialised agencies and has representatives to the main international organizations. Since 1834, the seat of the Order of Malta’s government has been in Rome, where it is guaranteed extraterritoriality rights. 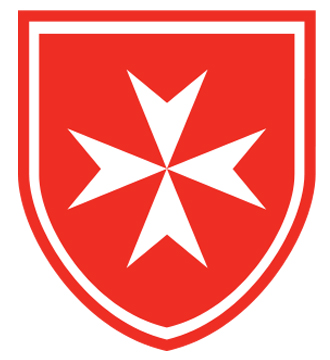